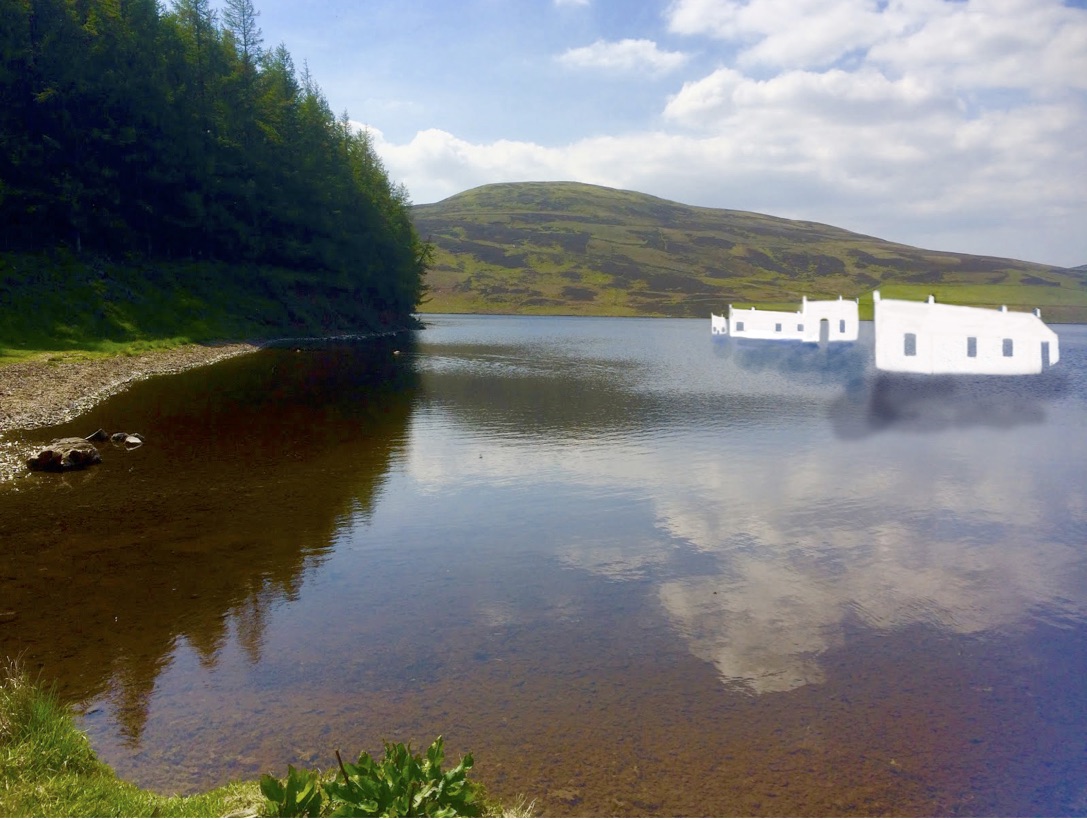 Ettie Spencer has responded to the project with her proposal for an installation on the Whiteadder reservoir.

Not many people know about the school and farm buildings now hidden at the bottom of the Whiteadder.

This artwork will draw attention to the beauty of its surroundings as the floating, luminous, white, ghostly ‘houses’ catch the light as they swing with the wind, reflecting the sky and the water.

The house facades will be weighted to float upright in the water and will drift and move with the wind. The whole installation will be tethered near the centre of the reservoir.

Background to proposal: A quiet corner of the Lammermuirs was transformed forever with the single turn of a valve, the floodgates opened to create a reservoir on top of a small school and farm buildings.

Whiteadder Reservoir was opened to meet growing demand for water supplies and most importantly, to provide the 650,000 gallons which would be required for the new Cockenzie Power Station. The reservoir flooded the valley to a depth of 60ft and ended the life of Kingside school and Millknowe Farm houses.

Kingside School opened in 1892 when a shepherd’s cottage was given as a teacher’s house and the byre turned into the schoolhouse and served the children of families from surrounding hill farms. In its 76 years it taught more than 200 children, and remained open until 1968, closing just days before the flooding began.

Deep below the surface of the reservoir are the remains of past lives displaced as the world has changed. The illusion of the ghostly buildings that once were central to those peoples’ lives is as powerful as any history story. By evoking the past in this way such an image may also hint at present and future times as our own lives are changed radically as we face the climate crisis, mass displacement of peoples, the move away from rural living and the resulting disengagement with the natural world.